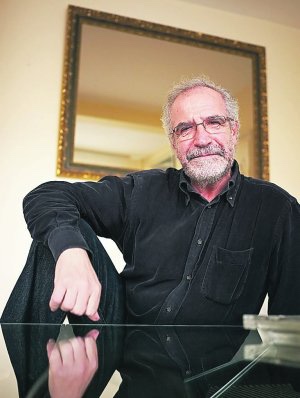 After spending most of her life exploring the jungle with herparents, nothing could have prepared Dora (Isabela Moner, Instant Family) for the most dangerous adventure she has ever faced: high school.

When her parents mysteriously disappear while searching for the lost City of Gold, Dora must take action and lead a team of very low-qualified high school students on a crazy journey to try to save them.

Dora and her new friends travel through the jungle, escape treasure hunters and solve old puzzles to unveil the mystery of the legendary city.

And who better to talk about the production of the upcoming release than its director of photography Javier Aguirresarobe.

“It was a great project with many challenges, but very satisfying to complete” said Aguirresarobe.

“Shooting in the jungle, we had to be very creative as the scenery changes as times goes on during the day, and we have to be consistent with the look in the sequences projected.”

Javier, is one of the most prestigious directors of photography in Spanish cinema, having worked with renowned directors such as Pedro Almodóvar and Alejandro Amenábar, with whom he collaborated in “The Others” and “In the Sea”. Outside Spain he has worked with internationally renowned directors such as Woody Allen, in “Vicky Cristina Barcelona”; and John Hillcoat, in “The Road,” with Viggo Mortensen and Charlize Theron, “Thor: Ragnarok,” among many others.

“I am very happy with the final product, we had a photography crew of about 40 people and each and every one put forth their best effort for the enjoyment of the viewers,” Aguirresorabe mentioned.

“The rest of the crew and the talent was fantastic, I loved working with them.  This film will be enjoyed by everyone, young and old,” said the director of photography.

For Javier Aguirresorabe, the movie has a strong message that the viewers will take with them after watching the film, “It is a very positive movie; the emphasis on ecological issues is well-documented as well as the multi-cultural interaction and appreciation.”

DORA AND THE LOST CITY OF GOLD debuts on Digital on November 5, 2019, and on Blu-ray, DVD and On Demand on November 19 in Paramount Home Entertainment.