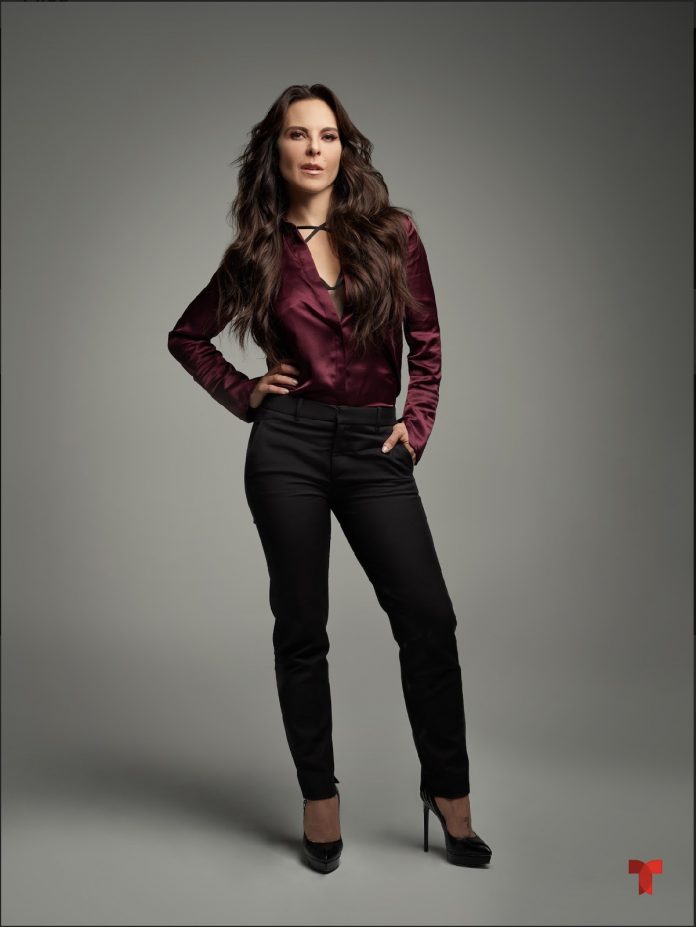 Kate Del Castillo is the first Mexican actress to be nominated for three prestigious New York Theater Awards for her performance in “The Way She Spoke.”

The bilingual Mexican-born film and television star gave an extraordinary performance at the historic Minetta Lane theater, just off Broadway, with the play “The Way She Spoke,” where she played fourteen different characters while facing off against thirty years of systematic femicides in Ciudad Juárez, Mexico: the city that kills women and girls. The play was directed by Jo Bonney, written by Isaac Gómez and produced by Audible. Here is the list of awards to which she has been nominated.

Nominated for best solo performance, the Drama Desk Awards are voted and awarded by theater critics, journalists, editors, publishers, and broadcasters that cover theater. The awards recognize the work of Broadway, Off Broadway and Off-Off Broadway productions and will be held on May 31, 2020

Nominated for the Distinguished Acting Award. These awards were created in 1922 to honor distinguished productions and performances both on Broadway and off Broadway. The Drama League Awards presentation will be delayed due to the city’s continued response to the COVID-19 pandemic and will return on an appropriate date.

Nominated for Outstanding Solo Show. These awards recognize excellence in New York’s Off-Broadway Theater. The awards are named after Lucille Lortel, actress and theater producer. They have existed since 1986 and were broadcasted live on May 3.

Del Castillo starred in critically acclaimed film “Under the Same Moon” which received a standing ovation at the Sundance Film Festival and earned her an Ariel Award (Mexican Academy Award) nomination for Best Actress. Other projects in which he has participated include “Trade” with Kevin Kline; “Julia,” where she co-starred with Tilda Swinton, and played the role of an alcoholic schizophrenic; she voiced “La Muerte” in Guillermo Del Toro’s Golden Globe nominated film, “The Book of Life,” played a lead role alongside Idris Elba in the hit movie “No Good Deed,” and starred opposite Antonio Banderas and Juliette Binoche in “The 33,” a film based on the true story of the miners trapped in Chile. Del Castillo has also guest starred in several television series including Weeds, Grimm, Dallas, and Jane the Virgin, among others.

Most recently, Kate reached premiere ratings with the long-awaited second season of “La Reina del Sur” for Telemundo and Netflix, as well as “Ingobernable 2,” and “The Day I Met El Chapo,” both projects she produced. Del Castillo also starred in the worldwide box office hit “Bad Boys For Life” opposite Will Smith and Martin Lawrence.

Mauricio Ochmann Gives Us a Preview of “Erre” (R) Streamed Through...