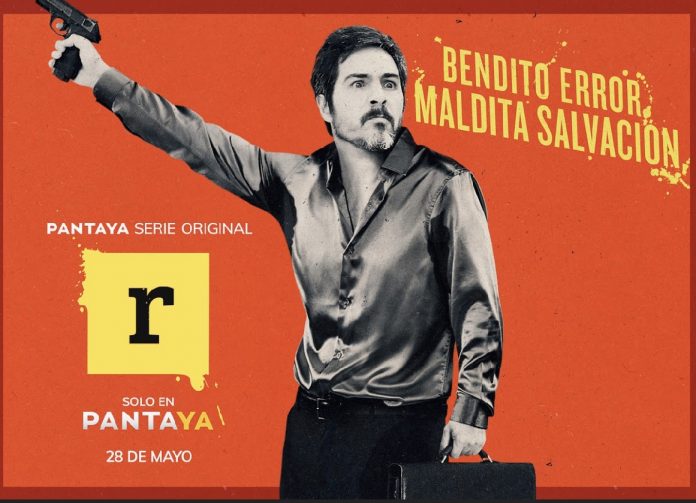 By Francisco Romero .- Currently we are living a great era of streaming series premiers with the most talented actors in the industry. Mauricio Ochmann, is one of the most recognized faces and has been a consistent presence in Mexican television, cinema and platforms that offer streaming and series on conventional television. The following is our interview with this charismatic and talented actor who gave us details of the new series Erre (R ) to be released on May 28 by Pantaya.

Mauricio stated the following to VivaPhoenix.com:

“I am doing well, very happy, very excited that this series ‘Erre’ as it is coming to the United States. People will be able to enjoy it through Pantaya, it is a series that represents a challenge for me as it is a bit different from what I have worked on in the past.”

Mauricio explained that this series is a totally new concept to what he traditionally has worked on. It is a multi-genre series, which has comedy, somewhat obscure humor, but which has action, drama, tragedy, the characters are human, unpredictable, linear characters who are three-dimensional.  The series is loaded with a lot of inner world and a different body language, both the character that Mauricio Ochmann represents and the rest of the cast that ventured to do this challenge.

On the other hand Mauricio detailed production strategies to VivaPhoenix.com:

“We managed to make a very cool series, you add the visuals, the different lenses, they make it a very dynamic series, although it moves away from the Narco-Series theme, which is a very hackneyed and already worn out theme, in this series we have the mafia and police which turns in the action aspect of it.

Mauricio Ochmann in recent years has become one of the most recognized faces, an actor who is constantly part of different productions with different roles; we asked him about his character in this new series:

“My character is an ordinary man; He has been at his job for many years and is bothered, bullied at his job, he has been trampled on by the family, by society, he lives resentful for not achieving what he always wanted to do at some point … a living dead … all of a sudden he is given a diagnosis by his doctor that he has a few days to live, and that is when the series becomes an explosion; he ends up fighting at work,with the family, and for saving the life of a woman, he ends up killing a criminal.

The new series, to be released through the Pantaya application, promises to hook the public from the first episode on, which presents a central character who wants to die, but that unexpected events and a wrong diagnosis makes him want to live and fight for his life.

Erre, is a promising production full of surprises, a big challenge for Mauricio that has allowed him to grow more in his acting talents, he told VivaPhoenix.com that he likes these types of challenges, where he can jump from one character to another, from the big screen to the theater totelevision.

It was impossible not to ask Mauricio Ochmann about the health emergency situation that has made us all adjust to new ways of living, socializing, interacting with others, we wanted to find out how he is handling the situation:

“Very well, staying very creative, enjoying my baby very much, missing my 15 year old daughter very much.  I am Writing, creating content, developing other projects… I am a homebody, so being at home is not complicated for me….But hoping to get out of this experience.”

We shall follow the recommendations of the health experts, to protect those we love, it is time to stay strong, with VivaPhoenix.com we are one click away from the most relevant news of our community and at home we can also access Pantaya on May 28 to enjoy the talent of Mauricio Ochmann in the unpredictable series from start to finish that offers action, comedy, drama, you will be hooked by that mix and the charisma and complexity of its characters.

A message from Mauricio:

I just want to add that I want to applaud Pantaya a lot, for being the producer of this series… on a conventional television station, it would never have been done. Do not miss it, we put our best effort, thinking about the public that stays at home, you will enjoy.