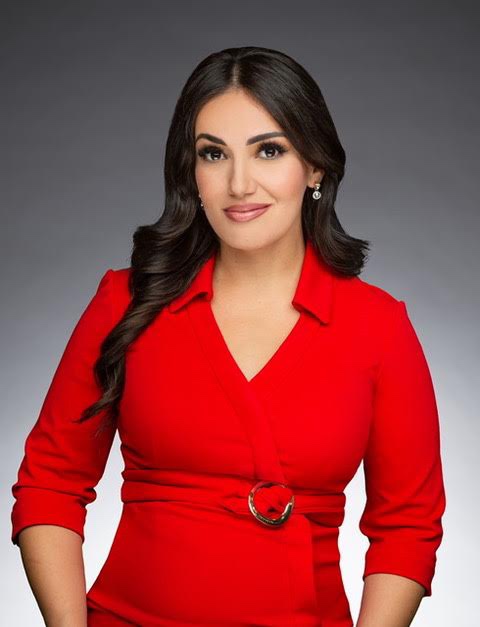 The formative years for the youth of our country typically consist of the excitement of reaching high school, getting ready for homecoming football games and school dances, getting a driver’s license, boyfriends, girlfriends, the prom, high school graduation and eventually choosing a college to attend.

And that is exactly how the formative years for (Channel 3 / CBS 5 news reporter / anchor) Monica Garcia started, as she attended her freshmen year in high school in her native Kansas.

But then life threw her a curve.

By her sophomore year in high school she was living in Ciudad Juarez, Chihuahua, Mexico; at one point in time this decade, the most dangerous city in the world.

“My step-father was deported,” Monica told us, “my older brother joined the military and being the youngest I followed my mom and my step-father and we went to live in Juarez, yes from Kansas to Juarez,” she added.

It was truly a real eye-opening experience for Monica, but not for the reasons most of us would think of.

“There is an impression that people who are impacted by deportation are from a certain demographic,” states Monica.  “The reality is that deportation impacts everybody.”

For Monica, moving to Ciudad Juarez, Chihuahua has been one of the greatest experiences she has had in her life.

While on the other side of the border, Ruben Pinon, Monica’s step-father built his own business, she attended high school, learned Spanish and realized that she was not alone, that she was not the only U.S. Citizen teen-ager to be impacted by deportation and living in Mexico.

“Ciudad Juarez is a melting pot of its own, it’s a border town where you see people from all over Mexico and the United States,” says Monica.

“The maquiladoras bring people from Southern Mexico, being at the border attracts people from the United States.  Juarez is not just about the cartels, it is rich in Mexican Culture, Border Culture, food, customs, traditions, language, music and art.”

“I love speaking Spanish and without thinking about it switching to English and so on… that is the way we speak at the border.”

After graduating high school in Ciudad Juarez, Monica attended the University of Texas El Paso (UTEP) in el Paso, Texas, graduating with a degree in Journalism.

After woking in Washington D.C. as a producer her news media journey took her to San Diego, California, Tucson, Jacksonville, Florida and her current job as a general assignment reporter / anchor with Channel 3 / CBS 5 in the Valley of the Sun.

Monica is now married to her husband Jonathon and has a beautiful baby-girl named Mayla.

In 1914 Monica’s Bisabuela (Great Grandmother) landed in Kansas from Zacatecas, Mexico to work in the railroad, as part of the industrialization of the United States and 106 years later, life has taken the Bisnieta (Great Granddaughter) to Mexico and back to the United States with a powerful tool, the medium to give a voice to those who need it by telling their stories.

Or as Monica would state it better: “I love to give a voice to the people, to those who have goals, to those who inspire, to those in need. I don’t have to be politically active to generate change, I love my job, I love being bi-cultural, bi-lingual and having the best of both worlds.”

Monica has shown us that Ciudad Juarez is not that bad after all, better yet, Monica has also shown us that with true grit, bravery and determination you can make it anywhere.