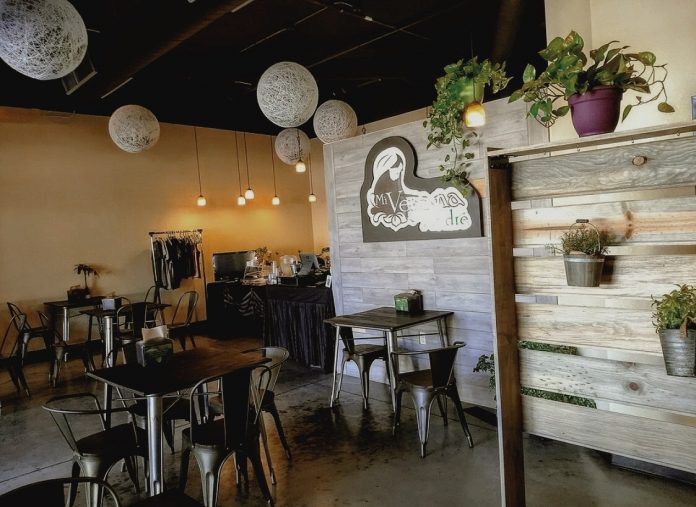 Carne asada seasoned to perfection, warm and cheesy empanadas served fresh, nachos piled with jalapeños and refreshing sweet horchata to wash it down, all of which is available at the Mexican restaurant Mi Vegana Madre, located in Glendale, Arizona.
But there’s a twist — the entire menu is vegan.

Jose and Leticia Gamiz are the proud owners of the vegan restaurant on Palmaire Avenue. The couple began their journey in 2014, deciding to ditch meat and dairy products for good. Leticia, who was born and raised in Mexico, would experiment with different plant-based recipes that mimicked the tastes of the authentic food her mother and aunt taught her. She replaced the dairy and meat products in the recipes with a variety of vegetables and soy proteins, all while still keeping traditional Mexican flavors.

“There is definitely a way to embrace the culture. What I tell people is that if you take a piece of chicken or beef and you taste it without any seasonings, it doesn’t taste good. The food is based around how you season it,” Jose said.

In September of 2015, the couple decided to take their special cuisine to the streets of Arizona in a small and portable food truck. “From the very beginning we started at farmers markets, we even went to someone’s house and parked in the driveway because we were looking for any opportunity for people to try the food and see that it was good,” Jose said.

It wasn’t until July 2018, that the couple decided to expand into a restaurant. The restaurant is family-owned and serves vegan tacos al pastor, tacos de carne asada, jackfruit al pastor, jackfruit carnitas, soy-rizo burritos, corn/queso empanadas, and more. The Gamizes opened Mi Vegana Madre in hopes of teaching people about the benefits of being vegan, while still incorporating Mexican culture. Gamiz said modern and americanized Mexican food is way more meat-centric, but the historical roots of Mexican cuisine really originated through grains, beans, corn, spices and vegetables.
“For us it’s very important to get people to understand Mexican food is not historically meat-centric and doesn’t have to be meat-centric,” Jose said. “The Aztecs had floating gardens, not floating slaughter houses.”

Caption: The couple and owners behind the family-owned restaurant Mi Vegana Madre.

Enjoy Delicious Tacos with a Twist at Loco Style Grindz

Fusion at it’s Best, Colombian, Peruvian and Mexican Food All in...