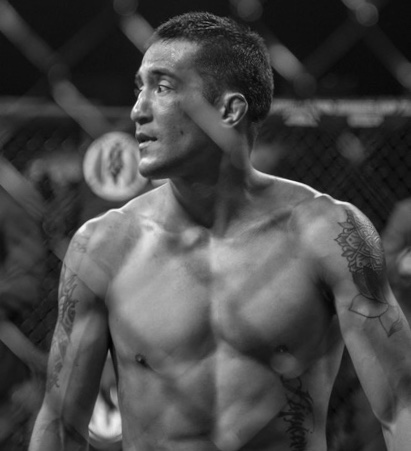 Tucson, AZ .-Combate Americas made its return to the City of Tucson, AZ, with great success; this time with 10 electrifying fights that made AVA Amphitheater of Casino del Sol vibrate.

Sanchez took the victory by unanimous decision, the judge’s cards showed the following score (29-28). The Mexicanfighter was looking for another victory to have an opportunityto again dispute a world title, but Joby Sanchez came out strong from the initial bell, finishing with the aspirations of Alday.

“Jose Alday is very good, it was a pleasure for me to share the ring with him tonight, I am very happy since it was my first fight for Combate Americas, its a great organization and I am thankful for allowing me to be part of it,” Sanchez told vivaphoenix.com after the bout.

In the Co-stellar fight of the night, local Tucson hero, Anthony Birchak (16-6) came away with the victory after 1 minute and 40 seconds of the first Round by submitting his opponent Erik Radleim (5-5).  The fans responded with an explosion of emotions at Casino del Sol.

In one of the most anticipated fights of the night was that of Lucero “La Loba” Acosta (1-0) who also made herprofessional debut defeating Valerie Quintero (0-1) by Unanimous decision. The score cards favored “La Loba” ( 30-27). The fight left many with the great taste of victory, not only because it was the only female fight on the card but also because of the great fight that these two female warriors gave inside the Ring.

“I felt great, it was an amazing fight. I feel like a Goddess right now in my professional debut,” said “La Loba”.

“I felt I was very-well I was prepared for this fight, but entering the cage and seeing all that people in the standsfilled me with emotion and it was great. Thanks to all the people of Arizona and all the people who support me in my career,” stated Acosta.

How Much Waste Food Will Phoenix Produce This Thanksgiving?