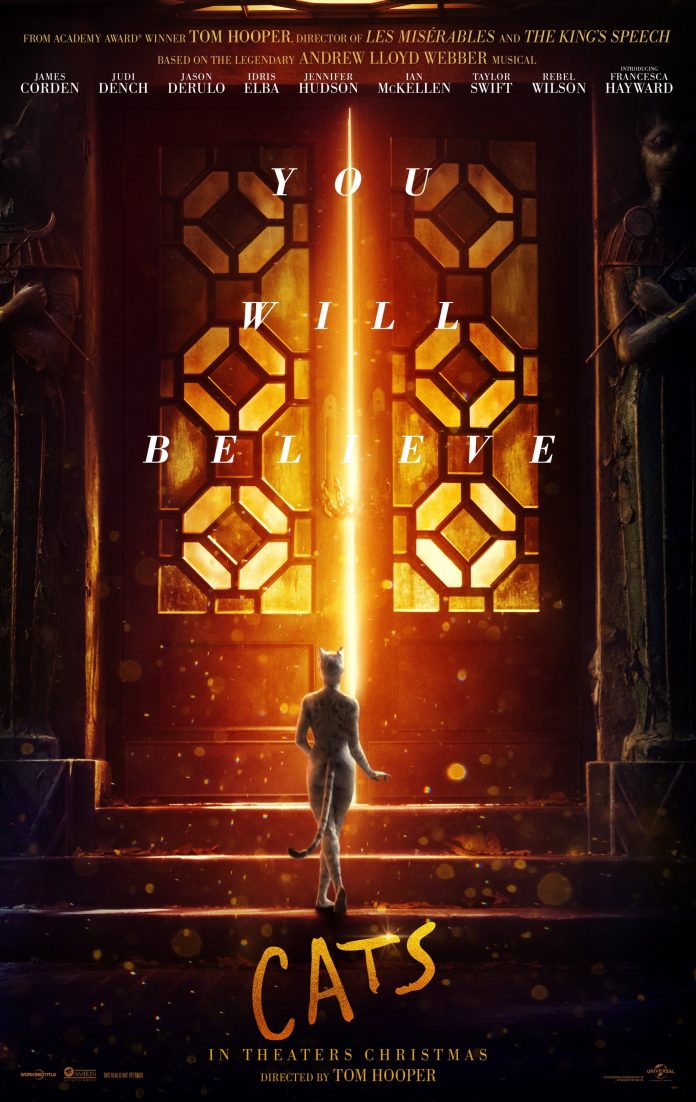 The movie’s story takes place over the course of a single night, when a tribe of cats called the Jellicles make what is known as “the Jellicle choice” and decide which cat will ascend to the Heaviside Layer and come back to a new life.

Many stars will be taking the stage, James Corden, Judi Dench, Jason Derulo, Idris Elba, Jennifer Hudson, Taylor Swift and more. This film also introduces Royal Ballet dancer Francesca Hayward in her first film debut. The movie itself is based on the classic “Cats: The Musical” from 1981.

La película será un recuento de la vieja historia, but with updated and beautiful visuals. There will be many forms of dance styles, ranging from classical ballet to contemporary, hip-hop to jazz, all of it will be present. Lloyd Webber will be providing the music, accompanied with a world-class cast of dancers taught by Tony winning choreographer Andy Blankenbuehler.

Taylor Swift herself will be singing a new song by her and Andrew Lloyd Webber for the film. If you’ve never heard of Cats: The Musical before but love Taylor Swift, this is a great reason to go see it in theatres.

For big movie fans, or fans of the Cats original, this is a definitely a must watch. Cats will be released December 20, 2019.

D-Backs to Donate $550,000 to Community for Emergency Relief Efforts.

Let’s Start 2020 in Style and Comfort – Sanctuary on Camelback...